1965 – Summer of 1965, this is when Canyon Sainte-Anne’s great adventure began. While camping in the region of the fall of Sainte-Anne du Nord, Jean-Marie McNicoll met a man that had worked as a logger on the river (draveur). He explained how to get to the falls. The very next day, Jean-Marie and his brother Laurent went up to the site where they fell in love with this extraordinary place.

1967 — Two years later, the two men leased the land leading to the banks of the river from Hydro-Québec and acquired the lots stretching from Highway 138 to the leased ones. And the story begins. Slowly, in their spare times, the brothers worked, clearing a path leading to the 138.

1973 — The site officially opened on July 14, 1973. After 8 years of hard work, the brothers could finally present to the visitors what had captured their imagination back in the summer of 1965! Back then, visitors had to walk a mile and a half to get to one sole lookout point.

1992 — Jean-Marie McNicoll, the man who brought his brother Laurent to the fall, decided to retire. Still, Canyon Sainte-Anne remains a family affair; François and Hélène, presented here with their father Laurent;  bought out their uncle’s shares. Through the years, the McNicoll family has built 3 suspension bridges and several observation points. Visionaries, they inaugurated the first Via ferrata in North America. 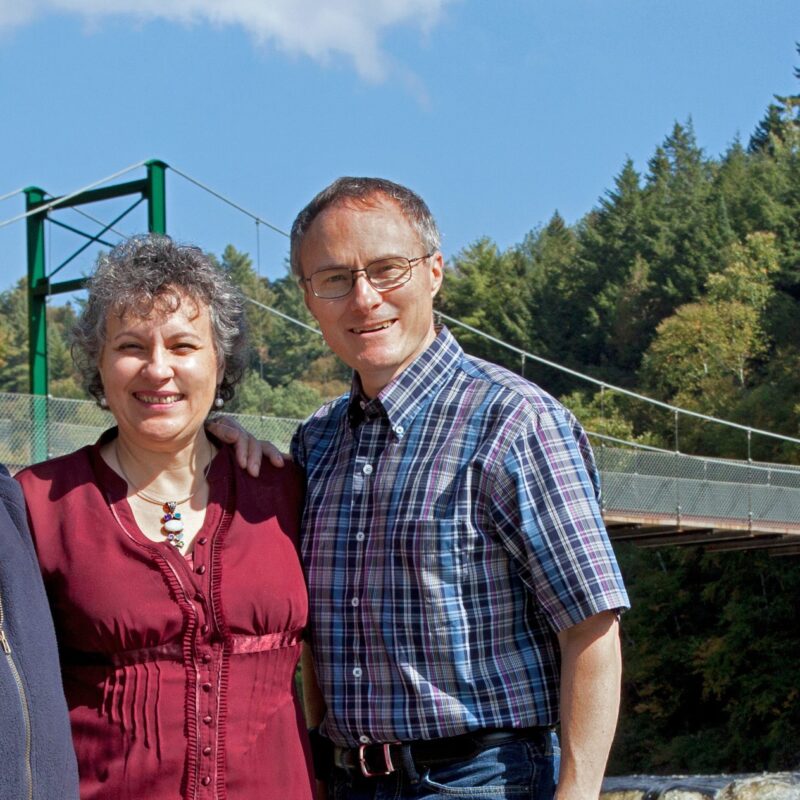 2017 – Skier Emeritus Alex Harvey was the guest of honour at the launching of the AirCanyon Ride; the first activity of its kind in Canada in a natural park. 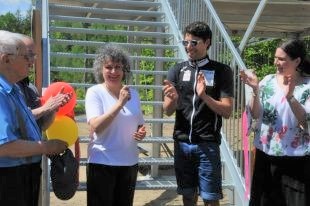 2018 — The sale of Sainte-Anne Canyon is announced in June 2018; however, the property is officially transferred during the first months of 2019 to the Corporation. “The Canyon is a part of our lives. Our family is very attached to the park. However, it was becoming clear that the arrival of a succession would allow us to continue the growth efforts that we have actively supported over the past few decades. We are certain to entrust the Canyon in good hands” commented Hélène and François McNicoll.

Initiated by people from the Côte-de-Beaupré’s community, the Canyon Sainte-Anne Corporation is a private, not-for-profit organization that promotes the economic and tourism development of the Saint-Joachim area through the promotion and development of the Canyon Sainte-Anne. With this objective, this corporation will ensure the sustainability of this wonderful site, for the benefit of the regions of the Côte-de-Beaupré and Québec.

Provide an inspiring and meaningful ecotourism experience for the benefit of all Canyon customers; its employees, the municipality of St-Joachim de Montmorency, the Côte-de-Beaupré and the Quebec City regions, while ensuring the sustainability of the place for future generations.

Canyon Sainte-Anne is committed to taking up and promoting responsible and sustainable practices daily to collectively improve the quality of life and preserving the environment.

Decision-making, project development and day-to-day actions are based on our Customer Experience to provide an optimal experience.

Attention is paid to the needs of employees to ensure a safe, comfortable, rewarding, recognizing, and stimulating work environment.